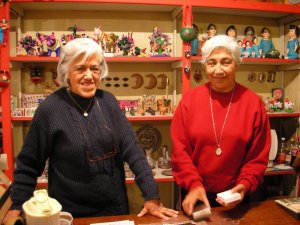 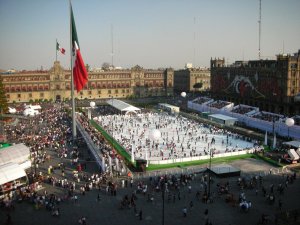 I have friends here in Georgia who crave acres and acres of land. They like living in the middle of nowhere, surrounded by lush grass and tall pines. They savor silence and go to sleep at night with the sound of crickets chirping outside the window. Most of all, they want to live where they don’t ever have to see other people.
I grew up in a mass of humanity known as Calcutta — the opposite of everything in the paragraph above. I feel uncomfortable when I can’t see walls of people, when I don’t hear the cacophony of street noise.
So I felt quite at home last week in Mexico City, otherwise known as D.F. or Distrito Federal where 21 million people fight for space every day.
“What? You went where for vacation?” was the reaction here in Atlanta. Aren’t there better places to go? Cancun? Baja California? Acapulco?
Not for me.
D.F. was perfect.
Spectacular weather. Delicious food. Great people watching. History. Art. So much art everywhere.
From Frida Kahlo and Diego Rivera to the ruins of Tenochtitlan and Teotihuacan.
A tourbook for curious travelers suggested a visit to a handicrafts shop called Victor on Francisco Madero in the historic district. I walked in through a perfume store, up three flights of stairs in the back of a drab office building and into two small rooms where two elderly sisters greeted me with their treasures. Their artist father, Victor, had owned the shop until his death. Now the two women were happy to spend lazy days tending shop. I doubted that business was anywhere near brisk. But that wasn’t the point. So I acquired a pair of traditional silver earrings, lovingly gift-wrapped by the sisters. I could have lingered and asked question after question. But I wasn’t there as a journalist. I didn’t want to be intrusive.
So I left with my little box. And wondered about the lives of two women. How did they pass their evenings? How did they get to work? By subway? Or bus? Or did they drive an old family car? Had they ever married? Were their children, heirs to the store? Were they lonely or were they consumed by their beloved city? Would they enjoy living out in the Georgia countryside?
I walked back down the stairs and out onto the street. And quickly got lost in the crowd.

One Reply to “Victor”