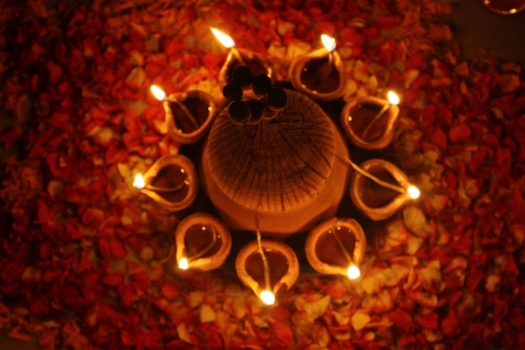 New York is the first major metropolis to reach out to its Muslim residents — a handful of smaller cities have already done so.

It’s a great move, a show of tolerance and acceptance at a time when Islam is under fire in many corners of America.

But it also means that other religions deserve consideration. That call came from Asian Americans who are urging recognition of the Chinese Lunar New Year and the Hindu festival of lights, Diwali.

“While the addition of two Muslim holidays is commendable, the mayor’s decision to exclude Diwali, a festival that is celebrated by thousands of Hindu, Jain, and Sikhs in NYC is beyond disappointing,” said Sheetal Shah, senior director of the Hindu American Foundation.

“These communities are a vibrant and integral part of this city and deserve to be able to celebrate their festivals,” Shah said. “In excluding Diwali, the mayor is falling short on his responsibility to equally represent all New Yorkers.”

It’s certainly something to think about considering the hefty Indian population in the United States, especially in urban areas that are home to many Hindus. The education board in Glenn Rock, New Jersey, for instance, voted last month to add Diwali to its list of school holidays.

Diwali is the largest festival of India and is celebrated in the fall. It signifies a victory of light over darkness.

This year, Diwali falls on Wednesday, November 11. I think I will ask for that day off.