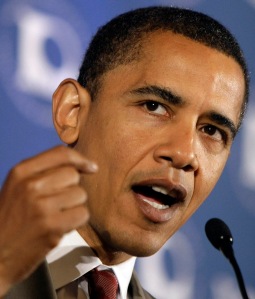 I was thinking about the words of Joe Senato, who eight years ago at this time was an undecided voter from Berkley, Massachusetts.
After hearing the keynote speech delivered by a guy who was the odds-on favorite to win a U.S. Senate seat from Illinois, Senato was impressed.
“He is a prolific speaker,” Senato said. “But more importantly, he wasn’t like Jesse Jackson or Al Sharpton. He wasn’t divisive. If he doesn’t get a place in a Kerry administration, well, he should.”
Well, there was no Kerry administration, of course.
But Barack Obama did reach the hallowed halls of the Capitol. And then, just four short years later, he was sitting in the Oval office.
Obama has a tough job tonight when he delivers a speech that I think is far more important than the one I heard at the 2004 Democratic National Convention in Boston. The one that caught the attention of Senato and an entire nation. The one that launched Obama Fever.
This year, so much more is riding on Obama. He’s up for a second term in an election that promises to be close.
One criticism — among many — of Obama is that he has been a president who divided the nation and drove home differences between Americans in terms of class, race, ethnicity. I heard that from a commentator talking about that during the convention this week and it made me think of what Senato had said.
Obama’s message eight years ago was this:
”There’s not a black America and a white Americaand a Latino America and Asian America, there’s the United States of America.”
His fellow Democrats saw a future president.
What will he say tonight that will win back those who lost faith in him?
We’ll have to wait and see.
But Obama’s got another problem after last night. He’s got to top Bill Clinton.
Now, that’s a tall order.